(MORE) Ineptness against Foot dragging: And the winner will be?

After nearly two months of negotiations, SAG-AFTRA and Hollywood’s production companies have not yet reached a deal on a master contract covering movie and TV work for the performers union.

The talks, which began May 5, have been held under a strict news blackout. People familiar with the negotiations — held at the headquarters of the Alliance of Motion Picture and Television Producers — say that they were originally planned to conclude June 13, but have continued due to unresolved issues raised by the 2012 merger of SAG and AFTRA.

The current SAG and AFTRA deals expire Monday and cover about 165,000 members. Those deals could be extended, under which performers would continue to work under the current terms. SAG-AFTRA’s negotiating committee, led by president Ken Howard (pictured above), has not asked the union leadership for a strike authorization.

Labor attorney Alan Brunswick of Manatt Phelps said the difficulties of resolving those issues are the probable cause of the negotiations lasting longer than expected — particularly since the new master contracts for the Directors Guild of America and the Writers Guild of America have already set the template for the actors union’s new contract.

“If the negotiations were just over the standard issues, I believe we would have seen a deal by now,” Brunswick told Variety. “The issues of a single master contract and merging the pension and health plans are very complex.”

In 2011 and 2012, merger backers had asserted repeatedly that the combined union would have more negotiating power. The pro-merger campaigners also claimed that merging would be a first step toward resolving the problem of members contributing to separate SAG and AFTRA health plans and not earning enough to qualify for either.

The SAG-AFTRA negotiations started a month after leaders of the WGA reached a tentative agreement on a new three-year master contract, which was easily ratified.

The WGA deal — which went into effect May 1 — included a 3% annual wage increase and a 0.5% increase in the contribution to the pension fund; higher payments for ad-supported online streaming; a reduced free streaming window from 17 days to seven days for the first seven episodes of a series; and provisions spelling out exclusivity rules for TV writers earning under $200,000 a year.

Members of the DGA ratified a successor deal in January that goes into effect on July 1. Gains include an annual 3% wage increase; increased residual bases; significant improvements in basic cable; the establishment of minimum terms and conditions for high-budget new media made for subscription video on demand; and establishment of a formal diversity program at every major TV studio.
—–

Gosh. ain’t you glad Ken and the gang gave SAG’s jurisdiction to AFTRA then convinced us to merge so we’d all live Happily ever after?

Negotiations for a new SAG-AFTRA film and television contract are coming down to the wire. The union’s current contract expires midnight Monday night, and neither side will say whether they are close to a deal. The contract generates more than $1 billion annually for the union’s members.

If a deal isn’t reached by then, the union and management’s Alliance of Motion Picture & Television Producers can extend the contract until an agreement is reached. If the two sides reach an impasse, it could take as long as a month for the union to conduct a strike authorization vote among its 165,000 members.

The contract talks, which began May 5, have been conducted under a so-called “press blackout.” The AMPTP has been keeping the studios and networks apprised of any progress, or lack thereof. The only ones who don’t know what’s going on are the union’s members. 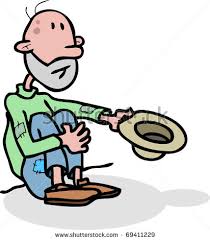