Once Again Current SAG-AFTRA leadership Proves they ain’t Got ‘Em!!!! 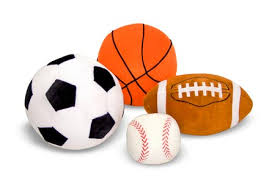 SAG-AFTRA is holding off on filing grievances against advertisers who have not yet adopted the standard digital identifier – dubbed Ad-ID – mandated for ads using union members.

“We know we have employers who have not yet complied, and we will be reaching out to assist them in adopting the system,” said Ray Rodriguez, chief contracts officer for the union.

SAG-AFTRA issued the announcement Tuesday, a day after the ad industry was required to implement Ad-ID.

“We are optimistic that through dialogue and with the help of management and of Ad-ID itself, we can address most non-compliance without moving to grievance and arbitration procedures,” Rodriguez said.

Last April, the union agreed to a three-year deal with the proviso that Ad-ID be included in all commercials as of March 31 — giving the ad industry a one-year grace period to implement the identifier. But the current compliance rate last week was only about 65%, according to Bob Liodice, president and CEO of the Association of National Advertisers and CEO of Ad-ID.

Liodice said Tuesday there has been an acceleration of the compliance activity but could not supply a numerical estimate.

Part of the industry has been reluctant to adapt the system, which tracks performers’ compensation based on how many times and where an ad airs. SAG-AFTRA covers an estimated $1 billion annually in performer compensation for commercials.

“We are confident that adoption of a universal tracking code for commercials will benefit the entire industry including advertisers and SAG-AFTRA,” Rodriguez said. “Ad-ID will simplify workflow and ensure accurate reporting.”

“We are pleased the union is moving forward with digital filing and Ad-ID as a standard part of the reporting function,” said Wood. “Both requirements under the collective bargaining agreement are critically important as the union and industry fully embrace the opportunities of the digital age.”

Jay Roth Fete: The Reason You Can’t Get A Hollywood Mogul On The Phone Tonight