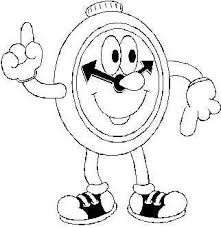 The improvements came in the wake of years of complaints by members about the long waits for the checks. National executive director David White told Variety that the union staff will remain focused on keeping the processing operating at top efficiency.

“This terrific result, sustained over the past several months, reflects smart, ongoing management of workflow processes, technology and personnel resources,” he said. “We’re pleased with this performance and we’re going to stay on top of it. We will be expanding our focus to address other longstanding problem areas.”

The average wait for checks had been 64 days in 2010, when SAG processed 2 million checks. That number grew to 2.2 million in 2011 and 2.4 million in 2012, along with 500,000 checks for AFTRA members following the merger of the unions. The total then hit 3.5 million last year, thanks to increases in new media and cable programming.

White, who became the top exec at the union in 2009, promised last year that improvements were coming. “We’ve had an incredible increase in the number of incoming checks, but we all recognize that 56 days is not acceptable,” he told Variety at the time.

SAG’s first residuals had come without a strike in 1952, when it worked out a deal for TV reruns. It then expanded the payments in 1960 when it obtained the first residuals on feature films sold to TV, following a seven-week strike that halted eight major productions, including Elizabeth Taylor’s “Butterfield 8″ and Jack Lemmon’s “The Wackiest Ship in the Army.”

In 2010, SAG installed automated equipment to speed processing with new machines nicknamed Boris and Natasha after the “Rocky and Bullwinkle” characters.

SAG-AFTRA does not disclose total income from residuals. The union cut staffing following the merger but restructuring did not lead to any reductions in the residuals department, where there were 28 staffers last year.

Congratulations Guys!  I just checked my recent (Movie residuals) & they all fit into the above time frame.  (Several were in the 10 Day time frame,) Keep up the good work!!!!