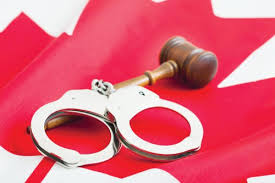 “It’s a tragedy,” he told Variety. “She should not have died. It upsets me.”

Wexler, who won Oscars for “Bound for Glory” and “Who’s Afraid of Virginia Woolf?” said that proper safety rules being in place could have prevented the accident.

“People can learn from this terrible injury,” he added.

Wexler also released an open letter Wednesday to “fellow workers” which said that he’s part of a group asking that Jones’ name be included in the Academy’s “In Memoriam” section this Sunday.

“Sarah and the three injured crew members were not victims of an ‘accident’ but of criminal negligence. Something that would not have happened if proper safety rules were in place,” the letter said.

Wexler also told Variety that he does not believe that Jones’ death was related to excessive hours by crew members — an issue on which the cinematographer has sought reform for nearly two decades.

Wexler also included in the letter a copy of an ad rejected by his union’s International Cinematographers Guild magazine with the title “Take a Stand in the fight against long hours” as part of the “12 on 12 off” campaign — an issue that Wexler has advocated for nearly two decades. He said that the magazine does not want to deal with what he dubbed a “political football.”

“Employers will work you longer for less money and under questionable safety conditions because it is their duty to prioritize the bottom line,” he said. “As individuals we cannot complain. That’s why we need a Union to speak for us, certainly when our safety, our health, and our very lives are at stake! Since they’ve abdicated that responsibility, please join us at 12on12off.”

Wexler’s self-financed documentary “Who Needs Sleep?” bowed to strong reviews at Sundance in 2006. The issue became a cause in 1997, when 35-year-old crew member Brent Hershman died in a car crash after working a 19-hour day on “Pleasantville.”

That pic’s crew called for a 14-hour limit to workdays, dubbed “Brent’s Rule,” but found only limited success.

Jones was a member of the Intl. Cinematographers Guild, which operates as Local 600 of the Intl. Alliance of Theatrical Stage Employees. Wexler has battled the local’s leadership frequently.

Steven Poster, president of Local 600, issued a statement earlier this week in which he said that when Locals 600 and 491 received the call about the accident, they  immediately sent representatives to the site.

“We are cooperating with ongoing government investigations including OSHA, and NTSB and the Local Sheriff’s office and we are providing grief counseling for the crew,” Poster said. “The safety of our crews is of paramount importance to this union and we will work tirelessly to ensure that a tragedy of this kind never happens again.There is no way we can mitigate the pain and the loss of Sarah. But we hope that something good can come out of this very unfortunate situation. It will surely shape our talks with producers in the future. There will be memorials across the country to honor the memory of beloved member, Sarah Jones.”

Thanks to Mr. Wexler for speaking up!!!