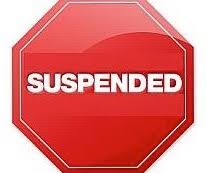 Funeral for Sarah Jones to be held today

“Midnight Rider,” the Gregg Allman biopic on which a crew member was killed last week, has suspended production.

Crew members are being released, though they’ve been told that they will be recalled at some future date.

After Variety posted this news, representatives for the production company released a statement reading, in its entirety: “In light of the tragic loss, we have decided to put the production of ‘Midnight Rider’ on hold.”

Sarah Jones, the second camera assistant, was killed Thursday on the production’s first day of shooting near Jessup, Ga. The company was shooting a dream sequence on a railroad trestle, with a hospital bed on the tracks, when a train came across the bridge. Star William Hurt, director Randall Miller and the production’s still photographer tried to get the bed off the tracks but did not have time. Hurt and some of the crew escaped the bridge unhurt, but some crew were struck by flying debris. Jones was hit by a piece of debris from the bed and knocked into the path of the train, and was killed.

Jones’ funeral is Wednesday in Columbia, S.C. A memorial gathering, organized by IATSE and the Intl. Cinematographers’ Guild, will be held Sunday in Atlanta for Jones’ many friends who are unable to attend the funeral.

Cameras were rolling as the train approached the bridge. The digital camera has been impounded as evidence by the Wayne County Sheriff’s Dept.

Another of the picture’s stars, Wyatt Russell, was at base camp at the time but not on the bridge at the time of the accident. Russell is the son of Kurt Russell.

There is dispute about whether railroad CSX gave permission to “Midnight Rider” to be on its property, but it appears the production did not follow the safety procedures typical of a film shoot that has the cooperation of the railroad. The sheriff’s office is conducting a homicide investigation. Personnel from “Midnight Rider” could face criminal charges on numerous fronts even aside from Jones’ death, including putting an obstruction on a railroad line and criminal trespass.

The CSX line where the accident occurred is considered a main line, with nine to 14 trains a day passing over the bridge where Jones died.

News reports out of Georgia say some crew members have retained a lawyer. Lawsuits against the production company are believed to be imminent.

Lawyers for the production have not responded to Variety‘s requests for comment.

Jones’ death has prompted an outpouring of emotion across the below-the-line community. A Facebook page set up to honor her memory, “Slates for Sarah,” includes numerous posts from crews around the world with “RIP Sarah,” or similar messages, on their clapperboards.
——
Very Sad!!!