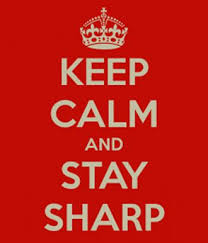 The Writers Guild of America East has unionized about 150 producers, coordinating producers, associate producers and writers at Sharp Entertainment.

The WGA said Tuesday that the writer-producers at Sharp’s non-fiction shows — including “Doomsday Preppers,” “Property Wars” and “Call of the Wildman” — have voted to be represented by the guild. The union said the WGA has been certified by the National Labor Relations Board to be the collective bargaining representative.

Region 2 of the NLRB conducted a representation election by mail ballot and by in-person vote in January and ballots were counted on Feb. 3.

“We anticipate entering a collective bargaining agreement with Sharp that includes the provisions we have won for writer-producers employed by other nonfiction TV production companies,” WGA East Executive Director Lowell Peterson said.

The WGA East had announced in November that the Sharp employees had filed for unionization.  Around the same time, the guild also announced that writers and producers on TV’s reality shows were  losing $40 million annually in unpaid overtime and singled out A&E’s “The First 48,” Discovery’s “Fatal Encounters” and National Geographic “Doomsday Preppers” as violators.

The WGA East has been trying to organize non-fiction production companies for years. It reached several three-year master contract agreements in July 2012 with in July 2012 with Lion Television and Optomen Prods, but saw a setback last year at Atlas Media, where the employees voted to de-certify the guild as its bargaining rep.
——

The WGA Reps prove they can cut it for writers with another Sharp move!  Hey, this group ain’t dull!