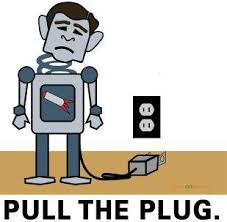 Well, looks like Ned Vaughn won’t be following former union boss Ronald Reagan to Sacramento after all. A rare Republican in a heavily Democratic town, the former SAG-AFTRA EVP today pulled the plug on his campaign for the California State Assembly’s 66th District. Vaughn resigned his union post in August to seek for the state seat. He had said in the spring that he would not seek re-election in SAG-AFTRA’s September elections. “As I initially considered my decision to run, I felt I could strike an acceptable balance between family life and the demands of mounting a first-time political campaign,”

Vaughn wrote announcing his withdrawal. “But despite my personal commitment, I’ve determined the timing of this pursuit is just too soon for my still-young family. My roles as husband and father are the ones I prize most, and it has become clear to me that conducting a successful Assembly campaign will require me to spend too much time away from my children at a time when they still need me.”

He added, “I also look forward to helping other Republican candidates who can bring much needed balance and crucial reform to Sacramento.”

Yeah, maybe he can do for the Republicans what he did for his fellow fellow SAG members.  You think?  Too bad he didn’t make the “Plug” decision before he handed over their jurisdiction to  AFTRA in order to “force” them to merge with the scandel ridden AFTRA leadership!

Big Pro Union Rally! Proprietor of “One Performers Union-What’s Next?” website to put a zipper on it!