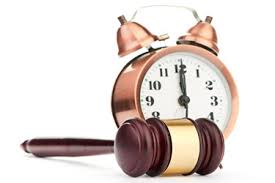 SAG-AFTRA is facing a June 24 jury trial in the lawsuit filed against the union by Ed Asner and 15 other members over alleged mishandling of $130 million in residuals and foreign royalties.

U.S. District Court Judge Manuel Real set the trial date on Thursday, 10 days after he narrowed the issues in a hearing in his Los Angeles courtroom.

Real set May 19 as the final pre-trial conference and said memoranda of contentions of facts and law, exhibit lists and witness lists would have to be filed by April 28 — which will also serve as the discovery cut-off date.

Attorneys for the union have labeled the suit “frivolous” and a “waste of time” but the plaintiffs have pledged that they will proceed.

The suit alleges that SAG-AFTRA has improperly withheld funds and stonewalled requests for information about $130 million held in trust by the union — including domestic residuals and foreign royalties collected by the union through foreign collecting societies without authorization or knowledge of union members. The suit also alleges that the union has cashed residuals checks and then claimed an inability to locate the actors to whom it owes money.

Attorneys for SAG-AFTRA have taken issue with the suit’s allegations that SAG-AFTRA has repeatedly stonewalled the plaintiffs in providing information about how the funds are collected and disbursed. “We have always been transparent,” said Bob Bush on Oct. 7.

SAG-AFTRA has also said that the issues in the suit were already litigated in Ken Osmond’s class-action suit over how the foreign funds were handled. That suit was settled in 2010.

SAG-AFTRA has also insisted repeatedly that members would not have received any foreign funds without the union’s efforts. It’s asserting that over the last six years it has distributed more than $17.5 million in foreign royalties to members that would have been lost to them otherwise.

Real granted portions of the union’s motion to strike the allegations but allowed the naming of SAG-AFTRA national exec director David White in the suit in connection with his work at Entertainment Strategies Group prior to his 2009 appointment to the top SAG post.  Convicted felon Marc Dreier invested in Entertainment Strategies Group, which closed down after Dreier was charged with masterminding a massive fraud scheme.

Real’s ruling did not exclude residuals and allowed three of the 16 plaintiffs — former SAG national board members Steve Barr, Terrence Beasor and Clancy Brown — to proceed with their claims on unpaid foreign royalties since they had opted out of the settlement of Osmond’s suit.

“We have always been transparent,” said Bob Bush on Oct. 7.   Many SAG-AFTRA members agree.  They see right through him and his fellow paid anti-members’ operatives.