So Whose Hands Are Clean ? 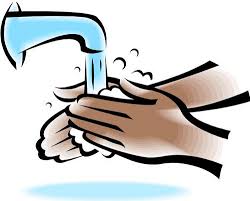 Membership 1st activists responded forcefully to an article in The Hollywood Reporter, denying that they engaged in horse trading at the union’s recent convention, despite the assertions by multiple sources that MS 1st did so.

The sources quoted in that article asserted that M 1st  agreed to support 90210 veteran Gabrielle Carteris for executive vice president -– or, at least, to withhold their support from her opponent, New York’s Mike Hodge -– in return for Carteris appointing MS 1st leader David Jolliffe to the union’s national board.

“MS 1st was not involved in any decision made by Ms. Carteris to give her National Board seat to Mr. Jolliffe,” said M 1st leader Joe d’Angerio. “Jane Austin was the MS 1st candidate for EVP and I believe the election results reflect that.”

Former MS 1st leader Anne-Marie Johnson said, “We did not lend our collective support to Gabriel Carteris or make any deals.” She added, “our collective hands have been and remain clean.”

Austin had also run several months ago for SAG-AFTRA secretary/treasurer, but was defeated by Unite for Strength’s Amy Aquino.

M 1st did support New York’s Robert Newman for Actor/Performer VP, as Johnson acknowledged. However, d’Angerio emphasized that this was not part of any deal:

“I was approached by a New York delegate and asked if MS 1st was running a candidate for VP in the Actor/Performer category. As MS 1st was not putting forth a candidate, we considered support for Mr. Newman. Robert spoke to a small group of us prior to that vote. After hearing what he had to say, we thought that with him in that VP position it would give that group a good balance. There was no exchange or ‘deal’ talked about for our support for Mr. Newman.  It was a pure act of doing good business for SAG-AFTRA.”

Asked why numerous sources had asserted there was a deal involving Carteris and Jolliffe, a MS 1st delegate blamed “mass hysteria.”

You decide!  Whose hands are clean?  One thing for sure,  we, the membership, are being soft-soaped!